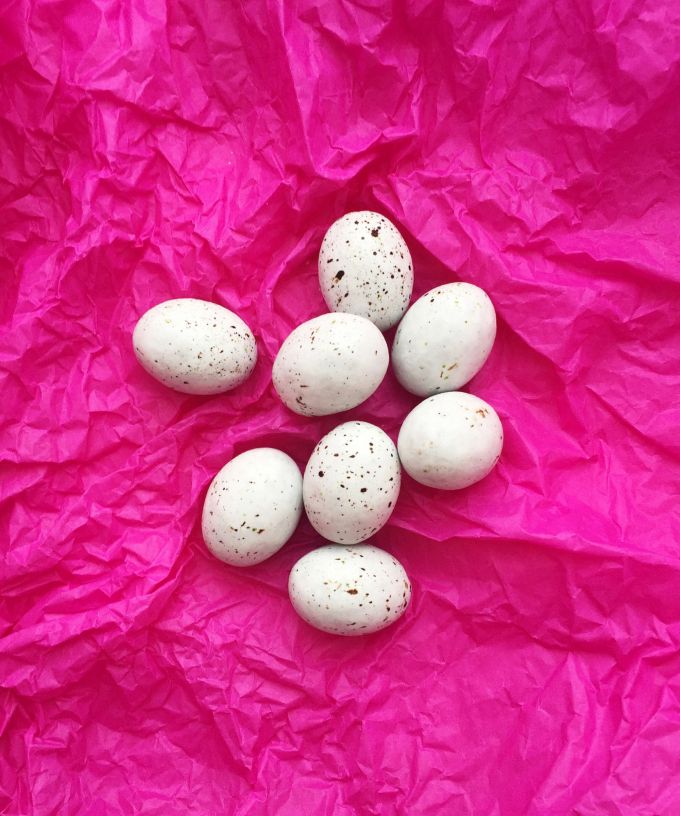 With the average age of first-time motherhood on the rise in many countries (in the UK it’s currently 28.7 years old), companies are dreaming up increasingly inventive ways to entice women into freezing their eggs to postpone motherhood and gain some control over their so-called “biological clock”.

Along with apps, pop-up shops and Instagrammable mobile vans, stories of “egg-freezing parties” are becoming common. These are usually casual soirees during which attendees quaff champagne and nibble canapés as they learn about – you guessed it – egg freezing.

The trend has spiralled in the US over the last few years, according to numerous reports, with an increasing number of private fertility clinics seeking to promote the procedure – formally known as oocyte cryopreservation – among women. Now, one specialist, who has been throwing egg-freezing parties since 2014, predicts the trend will soon become commonplace across the UK.

Egg freezing, an intensive procedure which involves injecting yourself with hormones for about10 days before an operation to harvest the eggs, is offered by the NHS to girls and women for medical reasons only, but is available privately for non-medical reasons – for instance if a woman is still looking for a partner with whom to start a family. In the UK, a single cycle can cost up to £5,000 (includingextras like blood tests), and many women go through more than one cycle. Thereare also annual storage fees for preserving the eggs and substantial charges to have the eggs re-implanted.

Despite a growing awareness of egg freezing, the evidence to support its effectiveness is still sparse. The Royal College of Obstetricians and Gynaecologists (RCOG) recently warned that women should be better informed of its low success rate, the high cost and potential side-effects before they make decisions. According tofigures from the Human Fertilisation and Embryo Authority (HFEA),the live birth rate for women using their own eggs is around 18%, which significantly lower than the success rate of IVF (26%). But recent improvements in the success rate suggest that “egg freezing is emerging as a viable clinical technique to preserve women’s fertility, providing the eggs are frozen at a clinically optimum age,” HFEA concluded.

For many women, some control over their fertility is better than none (for those who can afford it), and women in the UK could soon be able to mingle at an egg-freezing party. SanFrancisco-based fertility expert Dr Aimee Eyvazzadeh, who calls herself “the egg whisperer”, has thrown over 40 parties in the US and online via webinars. She says women in the UK – and from as far afield as China, Japan, Italy,Germany, Australia, Denmark and Spain – have expressed interest in the concept. (Currently, some UK fertility clinics, such as the London Egg Bank, throw” small, informal gatherings” offering time with its staff, with”coffee and light snacks” provided, but most offer just one-on-one consultations with doctors.)

“Infertility is a world wide epidemic that will keep getting worse. With changes in society – people living longer and achieving life milestones later, climate change, our lifestyle changes – we will continue to see a decline in the birth rate and people waiting longer to conceive,” Eyvazzadeh told Refinery29 UK.”With this comes more people needing treatment to start a family. This isn’t just a US issue. It’s a global issue. People everywhere want to know what they can do to improve their fertility and preserve it.”

Having established egg-freezing parties, next on Eyvazzadeh’s agenda in the US are “egg thawing parties”, where women discuss what to do when they’re ready to use their eggs. “Home shopping parties are very popular here, as are Botox parties, pleasure parties and parties to buy jewelry. When I attend events like this, people start asking me about fertility, which I love, so I thought, let me do this for real. I started to gather like-minded people together in a relaxed environment to talk about what I like talking about most:fertility,” Eyvazzadeh explains. She had also “grown tired of women coming to my office crying that they wish they knew more about fertility sooner.” Ahead, two women tell us what went down at the egg-freezing party they attended in the US.

Valerie Landis, 36, a marketing and sales director for a healthcare medical startup, from Chicago, Illinois, decided to freeze her eggs twice after attending an egg-freezing party. She underwent the process in 2015, aged 33, and again in 2017 at 35. Landis founded the platform eggsperience.com to share her experience and has spoken about it on the Eggology Club fertility podcast. She is in the middle of creating a video series, ‘This Is EggFreezing’ about her fertility journey.

“I arrived early, had a few drinks and bites to snack on, and really hit it off with a few girls my age. It was great meeting like-minded women my age who were considering oral ready doing the same thing I was – I built a network of women I could relate to and rely on for friendship support. I already knew about egg freezing and was doing research into different clinics, labs and doctors. I was also cost-driven, and I wanted to learn what clinics in other parts of the country could offer. I felt I was doing something progressive for my future self. It was a bucket-list item to accomplish just like going to university or college, saving for retirement or buying a house. It felt like I was planning my future family.

The event started with a Powerpoint lecture and talk about what egg freezing was and what the procedure involved. I stayed around after the talk and a Q&A session to network and chat with both the clinic’s health team and other women at the event. It was a relaxed atmosphere where it felt safe to ask questions. I learned about the fertility timeline, female biological factors, and the potential benefits of egg freezing.

What surprised me was learning how many variables there are when freezing. For example, the technical skill level of the technologist and embryologist can impact how successful the freezing will be; your age may only partially predict the outcome because STIs and other things like blocked fallopian tubes can also prevent pregnancy; you don’t know how many drugs you need until after you start taking the hormones and see how your blood levels vary from baseline results to secured good outcomes. We also learned how many eggs one needs to have for the “egg math” to result in good outcomes (the successful creation of an embryo and implantation to pregnancy).

“I want to challenge clinics to be more responsible for each freezer’s outcomes, rather than just collecting their cash, freezing their eggs, and saying good luck.”

I noticed that most women at the party weren’t talking to multiple clinics or many providers before deciding to freeze. They often just went with the first clinic they came across and didn’t know the right questions to ask. Most egg-freezing parties are hosted by physicians and clinic/lab groups who by nature can’t be objective or a third party, because they’re the professional taking care of the patients.

I found it fascinating how most people just accepted whatever the clinic or physicians said without seeing different centers or challenging prices. I want to help shift that thinking and challenge clinics to be more responsible for each freezer’s outcomes, rather than just collecting their cash, freezing their eggs, and saying good luck. I wanted to help promote to the generation of new freezers that the clinic needs to be responsible for their work and care about the outcome of each person’s freezing experience and success.

In the end, I decided to freeze my eggs because I wasn’t in the right relationship that was headed towards marriage and family. I was also traveling for work and working long hours to build my company, which requires a lot of dedication. I love my work, but it does prevent me from having time to date often or successfully. I’m looking for a very specific person and a partner who complements and challenges me to be the best version of myself. That’s hard to find. I wanted to buy myself more time and increase my fertility stock. I’m thankful I froze both times and am considering doing it a third time in 2019 for even more fertility options and to increase my chance of starting a family some day.”

Amy, 29, a hospital technician from San Francisco, went to an egg-freezing party in 2015 when she was 26 and eventually decided to freeze her eggs.

“The party started off with appetisers and drinks. Dr Aimee then spoke about both female and male fertility and the different options available to individuals and couples to preserve their fertility. Her personality and humour made talking about this private issue not only informative but also comforting. She also went over the different fertility procedures – IUI vs IVF – and their cost.

“Freezing your eggs or doing IUI is not easy. Both procedures require daily shots, blood tests and multiple doctor visits.”

My main takeaway was how common it is for women to have fears around having a family while pursuing a career. I also learned that freezing your eggs or doing IUI is not easy. Both procedures require daily shots, blood tests and multiple doctor visits. Anyone who goes ahead with it should keep their schedule light for about two weeks.Lastly, and perhaps most importantly, I realized every woman is different.Their responses to the medications and the total number of eggs harvested varies, not only with age but with each individual.

I underwent the procedure twice. The first time I donated my eggs to a family and the second time, I froze my eggs for myself. During my first round of IVF I only produced six normal oocytes, which was a pretty low count for a healthy 29-year-old. I was devastated when I found out and started to panic about my future fertility. But with some minor adjustments to my medications, I produced more oocytes in my second round. Whether or not I’ll need to use these eggs, it’s always nice to know I have it for my “just in case” moments.

The egg freezing party made me curious and gave me a starting point, but I wanted to do more research before diving in, because it’s a big decision. I always knew I wanted to freeze my eggs but didn’t know how to get started. Without the party, I’d still be with no action.”