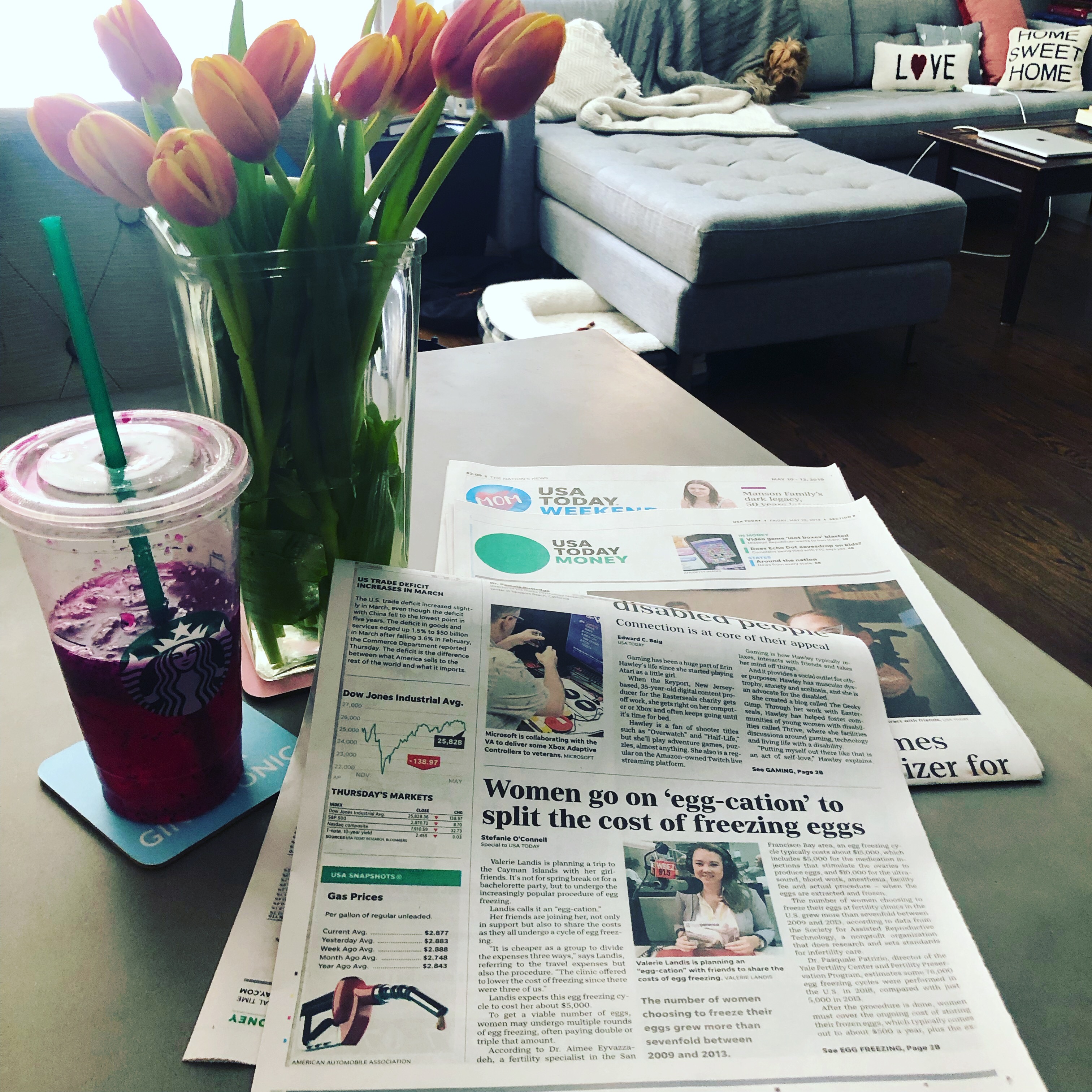 Valerie Landis is planning a trip to the Cayman Islands with her girlfriends. It’s not for spring break or for a bachelorette party, but to undergo the increasingly popular procedure of egg freezing.

Landis calls it an “egg-cation.”

Her friends are joining her, not only in support but also to share the costs as they all undergo a cycle of egg freezing.

“It is cheaper as a group to divide the expenses three ways,” says Landis, referring to the travel expenses but also the procedure. “The clinic offered to lower the cost of freezing since there were three of us.”

Landis expects this egg freezing cycle to cost her around $5,000.

To get a viable number of eggs, women may undergo multiple rounds of egg freezing, often paying double or triple that amount.

According to Dr. Aimee Eyvazzadeh, a fertility specialist in the San Francisco Bay area, an egg freezing cycle typically costs around $15,000, which includes $5,000 for the medication injections that stimulate the ovaries to produce eggs, and $10,000 for the ultrasound, blood work, anesthesia, facility fee and actual procedure – when the eggs are extracted and frozen.

The number of women choosing to freeze their eggs at fertility clinics in the U.S. grew more than sevenfold between 2009 and 2013, according to data from the Society for Assisted Reproductive Technology, a nonprofit organization that does research and sets standards for infertility care.

Dr. Pasquale Patrizio, director of the Yale Fertility Center and Fertility Preservation Program, estimates some 76,000 egg freezing cycles were performed in the U.S. in 2018, compared with just 5,000 in 2013.

After the procedure is done, women must cover the ongoing cost of storing their frozen eggs, which typically comes out to around $500 a year, plus the expense of thawing and implanting them in the future, though research suggests that the majority of egg freezing patients never return for implantation. And even if they do, there’s only a 4.5% to 12% chance of a frozen egg resulting in a successful pregnancy.

Despite the odds, Landis, 36, is embarking on her third cycle of egg freezing to increase the odds of a successful pregnancy. In 2015, her health insurance plan, BlueCross BlueShield of Illinois, covered 90% of her hormone and medication costs. She covered the copays and egg freezing portion of the tab, about $5,000.

In 2017, Landis negotiated with her then-employer to contribute to her second freezing cycle. They offered a small stipend and a flex-savings plan. To fund the remaining $5,000 in hormone and medication costs, Landis took out a fertility-focused loan with a low-interest rate from Future Family, a startup that helps women and families finance fertility services.

Today, there are more financing options for egg freezing than ever before, but Landis’ most recent savings strategy of pooling resources with friends and negotiating a group rate is one some egg freezing clinics seem to be emulating.

Colleen Wagner Coughlin, the founder of OVA Egg Freezing Specialty Center in Chicago, recently introduced a program offering $500 off an egg freezing cycle for women who freeze with someone they know, and a free year of storage for every additional friend who freezes within 90 days of their cycle. The program, “Freeze with a Friend,” has already received such a great response that OVA is planning a “Freeze with Friends” group retreat for egg freezing.

Dr. Eyvazzadeh has also introduced a new kind of group egg freezing option, called Freeze and Share, that allows women to have the cost of their egg freezing completely covered in exchange for donating half of their extracted eggs to an individual or couple in need.

Even with the reduced cost of group egg freezing, the financial implications of the process have changed the spending priorities and lifestyle of Landis, who is director of business development for a fertility-focused startup company.

“I do not have as big of a savings account balance anymore because I used a majority of my funds to cover fertility treatments,” she says.

“I have cut back on all of my spending and budgeted my expenses differently,” she says, adding: “I’m very financially conservative with my entertainment and activities. I have stopped spending money on big trips across the globe and don’t take as many vacations as I did in my 20s.”

Egg freezing is worth it to her. “I am investing in my family future, which will be a fraction of the cost it would take to have a family with or without a partner later in life when my eggs are not as young,” she says.

As for her group egg-cation, Landis is chronicling the process in a video docuseries called “This is Egg Freezing.” She looks forward to going through the procedure with her friends, “so we can emotionally support each other and pay less,” she says.

“I think I will be less stressed, and who knows,” she says, “I might get better results than I have on my other two cycles, even though I was younger.”