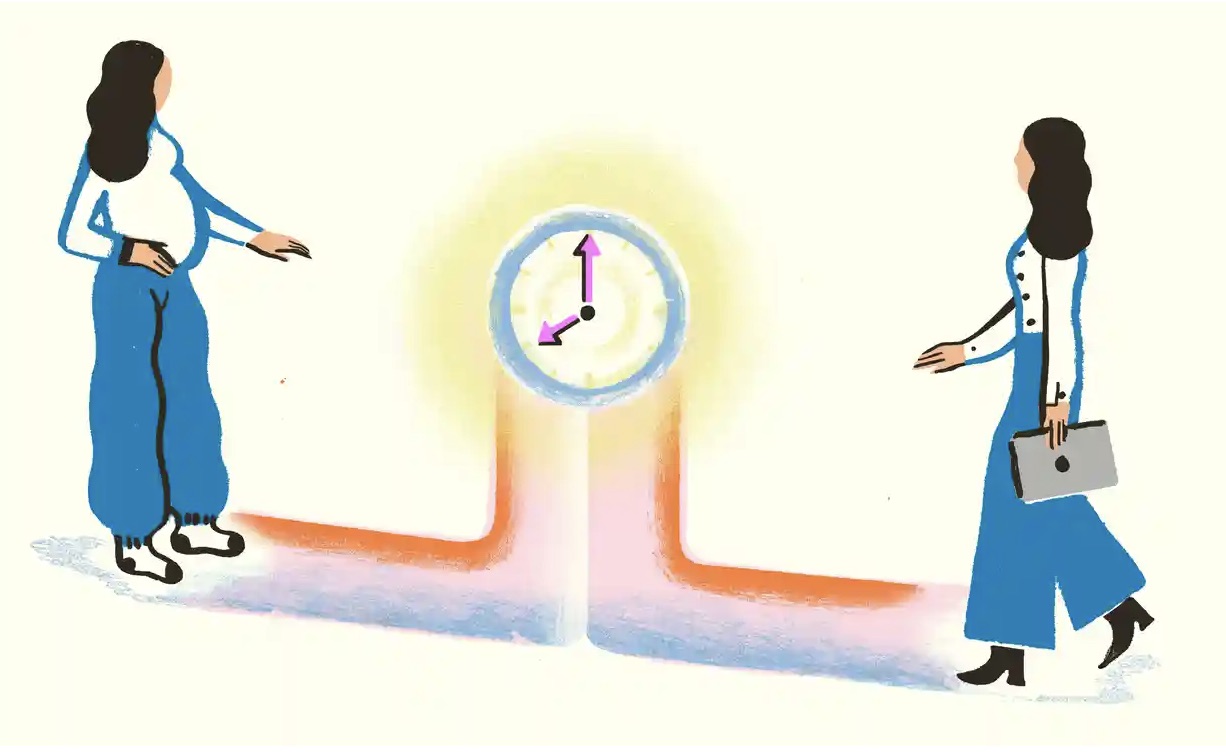 When Valerie Landis underwent her first round of egg freezing in 2015, she was younger than many of the other patients. Landis, a healthcare sales professional, was 33 at the time. Between the pressures of work, which often required traveling internationally for business, and a breakup a few years prior, she was drawn to the idea of buying herself more time to decide if she wanted to become a parent.

Back then, “the lowest age I heard was 37”, Landis said. “Now there are people as young as 25 are freezing their eggs. The whole landscape has shifted.”

Oocyte cryopreservation – the technical term for egg freezing – was developed in the 1980s and historically reserved for those with serious medical conditions who wanted the option to have a baby later in life. In 2012, the American Society for Reproductive Medicine removed the “experimental” label from the procedure, paving the way for “social” or “elective” egg freezing to grow in popularity. And in the past few years, the procedure has gotten something of a makeover, thanks to a crop of fertility startups marketing it as essential for the everyday, liberated woman. Companies such as Kindbody, Prelude Fertility, Ova, the now-defunct Trellis and others have transformed egg freezing from a strictly medical procedure that happens in a clinical environment to a boutique experience that not only offers convenience and comfort, but also empowerment.

Their marketing is wide-ranging, from winking Instagram ads to chic offices and happy-hour informational sessions. It all conveys a sense that egg freezing doesn’t have to be scary, or even a big deal, bringing it under the all-inclusive banner of self-care and wellness. A recent ad campaign from the New York City-based fertility clinic Extend Fertility compared saving for the procedure to budgeting for manicures or acaí bowls, while Kindbody has called on women to “own the future” by freezing their eggs.

There are people as young as 25 are freezing their eggs. The whole landscape has shifted Valerie Landis.

This line echoes comments from the company’s head of marketing, who has referred to freezing eggs as a “new wave of feminism” or “a mantra” for independent women.

“Egg freezing is absolutely a form of self-care,” Gina Bartasi, the CEO of Kindbody, told the Guardian. “So many other areas of healthcare are proactive – we eat well, we watch our cholesterol, we exercise – but when it comes to fertility, the standard of care is to wait for there to be a problem.”

But today, doctors and patients alike have pushed back on efforts to appeal to younger women, criticizing companies like Kindbody and Extend Fertility for playing on women’s fears, glossing over the realities of the procedure, and providing a false sense of optimism and hope.

“I call it ‘the Grab’,” said Paul Lin, an obstetrician/gynecologist and the head of the Society for Assisted Reproductive Technology (Sart). “It says, ‘Hey, you are an independent woman. Grab your fertility potential, and let’s do it.’ That gets patients in the door.”

Egg freezing basically boils down to a numbers game: the more eggs a patient is able to freeze, the better the chances that one of those eggs can result in a baby. The number of eggs that can be extracted varies from cycle to cycle, and not all eggs that are frozen are viable. The quality of eggs declines over time, as older eggs are more likely to contain genetic abnormalities.

“The number one [success factor] for anyone trying to get pregnant is age,” said Dr Josh Klein, the cofounder of Extend Fertility. “It was clear to me that if women put away healthier eggs when they are younger, that could be an invaluable asset as life plays out.”

Over the years, egg freezing has ballooned in popularity: in 2017, 10,936 women froze their eggs – or 23 times as many did in 2009, according to data collected by Sart. Silicon Valley companies such as Facebook and Google now offer egg freezing as an employee benefit. Part of its appeal has always been about the promise of more time – time to find a partner, advance professionally and make more money, or to generally find yourself in a better personal, financial or medical situation to consider motherhood. Research from Yale found the main reason women freeze their eggs is due to the absence of a partner.

“We need to be very careful about how egg freezing technology is utilized and offered and sold, and that we are not exploiting fears in order to make a quick buck,” said Dr Pasquale Patrizio, the head of Yale Fertility Center and Fertility Preservation Program. “Social pressure and peer pressure is not the way to go.”

In response to these critiques, Bartasi of Kindbody said that there was nothing wrong with encouraging women to think about fertility sooner rather than later. “We simply want to disseminate information and encourage women to be proactive in understanding their own fertility, when they still have the most options available,” Bartasi said. “Once they are armed with the information, the choice is up to them.”

Multiple studies have found that many women do not realize how early their fertility starts to decline. One study from the University of Florida found that just 30.5% of women are aware that fertility begins to decline at age 35. Another study from the University of California, San Francisco surveyed women who conceived with IVF after age 40 and found “44% reporting being ‘shocked’ and ‘alarmed’ to discover that their understanding of the rapidity of age-related reproductive decline was inaccurate’”.

The success rates of egg freezing vary significantly depending on the age of the woman, how many eggs she froze and how old she was when she froze them. A 2016 study of 1,171 IVF cycles using frozen eggs found that for a woman who froze five eggs at age 35 or younger, the chance of live birth was 15%. The chance increased to 61% for women who froze 10 eggs and 85% for women who froze 15 or more eggs.

On average, egg freezing costs $15,000-$20,000 a cycle, including medication, treatment and storage, and the average patient undergoes two cycles. “If you consider the economics of that, what a terrible investment, to spend $15K to get a 15% chance,” said Gwen Schroeder, a documentary photographer and film-maker based in Brooklyn.

Schroeder froze her eggs five years ago, at age 35, and says she was only able to afford it after her father passed away and she received money from his pension. Six months after she froze her eggs, she met someone, and they had a daughter together in 2016.

“I still have my eggs frozen [in storage] and that investment I made is helping me feel a little bit of security,” Schroeder said. “I do want to hold on to them. Who knows what life will look like?”

The vast majority of patients who undergo the procedure don’t end up using their frozen eggs. The usage rate for frozen eggs ranges from about 3% to 9%.

With that in mind, Dr Patrizio advises that the best time to freeze eggs, for women without medical conditions that affect fertility, is actually quite narrow: between the ages of 33-35.

For women with medical conditions, however, it may make sense to freeze when they are younger, if they can afford it. Kimberly Goodley was 29 when she first considered freezing her eggs, after her doctor found a cyst on the inside of her left ovary. Goodley, who has endometriosis, needed to have surgery that would remove the entire ovary and both fallopian tubes. Egg freezing would allow her to try to have a baby down the line, but the procedure was prohibitively expensive.

“It made me feel a little down because I knew that egg freezing would cost a lot of money that I did not have,” said Goodley, who worked at a daycare center in the Bronx. “I thought, ‘How am I going to do this?’”

Goodley’s boyfriend had the idea of creating a GoFundMe campaign, and the couple ended up raising over $1,600. With additional financial help from the family that Goodley nannied for, she was able to freeze two eggs in May 2019. It’s a small number, but it gives her hope.

“I’ve always dreamed of having twins, and I always think that those are going to be my twin babies,” said Goodley, who is a twin herself. “I’d like to be married before I do, but I will definitely be using those eggs.”