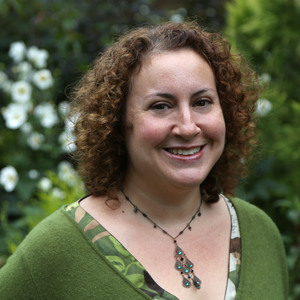 My name is Kayla Friedman. I live and work in Cambridge, UK but am originally from the USA. When I was 33, I lost an ovary from a dermoid cyst. When I was 37, I read an article in the NYTimes about how parents of adult women were helping to finance their egg freezing. Funny enough, my mother read the same article and brought it up to me. I was interested in the idea, but without her financial help, I don’t think I would have pursued it.

I found a clinic in London, where I was living at the time and underwent 3 cycles of egg freezing. My goal was to get 21 frozen eggs, but with one ovary, after 3 cycles I had 13. I had hoped for more, but on the other hand, I was also very happy that I had done anything at all. I knew I had done what I could, and so whatever happened, I wouldn’t have regrets.

Fast forward a few years. When I did the egg freezing, it made me think very deeply about what I thought about parenthood and becoming a mother. I decided that if I hadn’t found a partner I wanted to settle down with by the time I was 41/42, I would pursue becoming a mother on my own, or as the popular phrasing goes, a single mother by choice. This is obviously not the right choice for every woman but it was for me.

Earlier this year (2016), having finished my PhD, and now in full-time employment, I felt it was now or never. I had my fertility re-tested and was pleased to hear that it was reasonable, especially for a woman my age and with one ovary. I tried 2 medicated IUI cycles first which were unsuccessful. I then decided to do a fresh IVF cycle but at the same time, defrost 6 of my frozen eggs to increase my chances of having a viable embryo to transfer. Out of the 6 eggs that were defrosted (2 from each cycle), 4 did not survive the thaw. Two eggs thawed successfully and were able to be fertilized, but one of those two stopped developing after the first cell split. The one that carried on however, was the one I had transferred, and I am currently 9 weeks pregnant (July 2016)! I also managed to get 3 fresh embryos from the fresh IVF cycle which were able to be frozen. If I want a second child in the future or if something goes wrong with this pregnancy, I feel I have some good options still.

I’m glad I did the egg freezing for any number of reasons. Like many women, I probably wish I’d done it earlier, when I was younger (and still had two ovaries!). I also believe that thinking very hard and honestly about how a woman feels about becoming a mother is important. It’s certainly not for everyone, and that’s okay too. Even if you do egg freezing, you may not end up with your own biological child. People become parents in many different ways. For me, the important thing has been to understand myself and my desires, to feel that I had done whatever I could, and to be prepared for whatever the outcome knowing I had done my best. I’m hopeful that my journey will result in a child, and thankfully, I feel I’ve given myself the best possible chance for that to happen.

“Egg freezing made me think very deeply about what I thought about parenthood. Ultimately I decided to use my frozen eggs and have a baby.” –Kayla Friedman