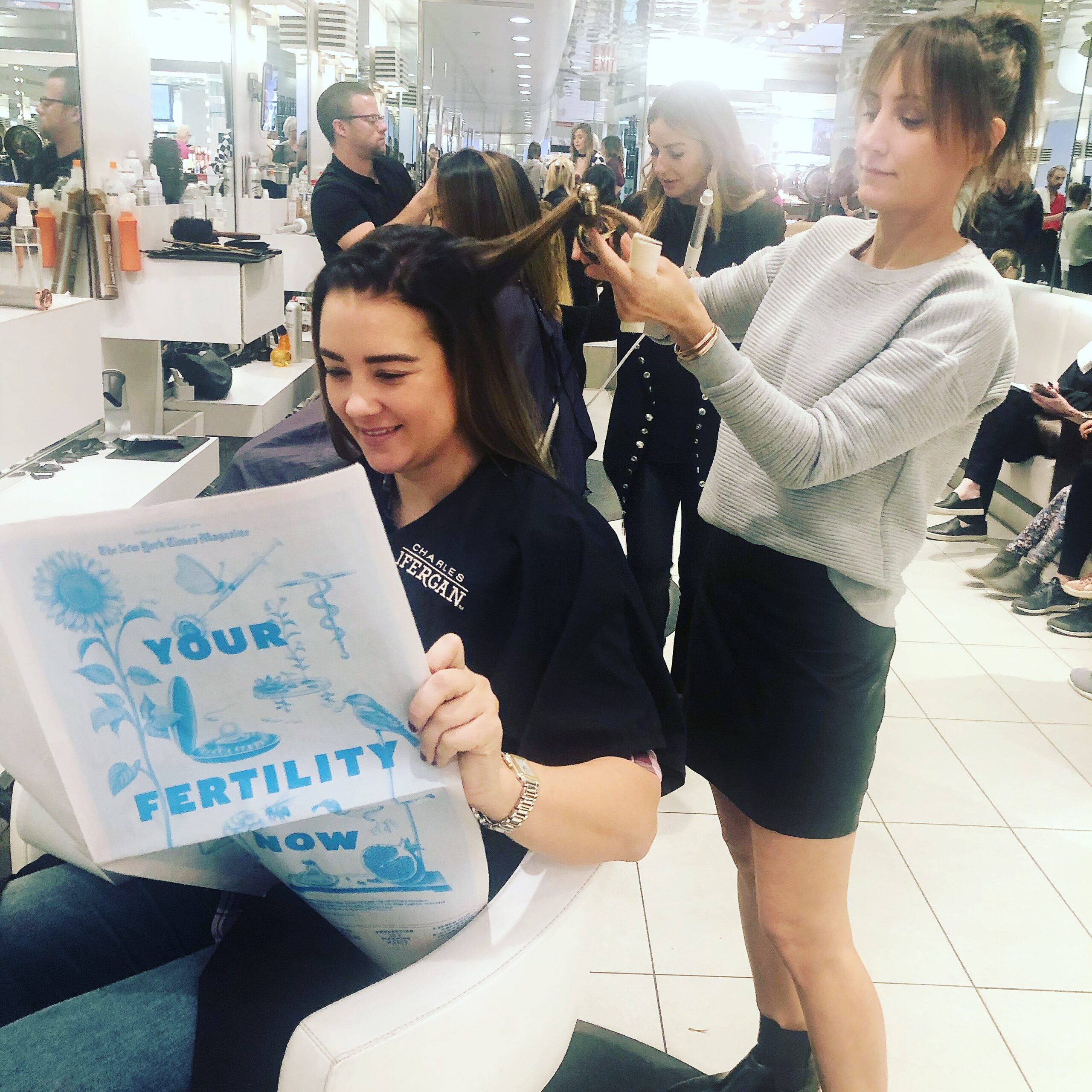 Two Times Editors on Creating a Special Section About Fertility. It can be hard to find straightforward content about pregnancy (and avoiding it). Jessica Grose and Amber Williams wanted to change that.

Fertility is a complex, often overwhelming topic. Searching for explanations — about how to get pregnant, how to avoid it or even how the term is defined — yields a mixed bag of heart-wrenching personal essays, dense research and opaque laws. And few clear answers.

That’s why Caitlin Roper, the editorial director of New York Times Magazine Labs, and Jessica Grose, the lead editor of NYT Parenting, thought fertility would be the perfect topic for a special section. Ms. Grose then partnered with Amber Williams, an editor on the Labs team, to figure out how to distill the various components of such a complicated subject.

The result: “Your Fertility Now,” a detailed (but by no means comprehensive) broadsheet special section that takes readers through the history, current state and future of fertility. Ms. Grose and Ms. Williams recently discussed how they assembled the section, their favorite stories and their hopes for readers. Their conversation has been lightly condensed and edited. The section is organized into three parts — the past, present, and future.

Why a rising number of women are freezing their eggs even though they might never use them.

At first glance, egg freezing seems like an ideal technological solution to a longstanding human conundrum: What if women could postpone having children to the exact time in their lives that made the most sense for them? And the rising popularity of egg-freezing and the easy-breezy marketing surrounding it — “egg-freezing for the price of a healthy snack,” according to one ad featuring acai berries and smiling cartoon eggs — make it seem as if the prospects of having a child were essentially a given.

This might explain why the number of women choosing the procedure is soaring: In 2009, 475 healthy women in the United States harvested their oocytes; in 2017, that number was over 9,000. Over the last decade, roughly 36,000 patients have banked eggs in the United States. The recognition of it as an option is more widespread than ever, as companies like Facebook, Google, and apple now subsidize the cost of elective egg-freezing — which typically runs in the several thousands of dollars — for their employees. This increased prevalence makes the reality of egg-freezing all the more surprising. For one thing, the technique isn’t always going to yield a baby. For another, very few of the eggs being frozen at substantial cost are ever thawed.

The popularity of egg-freezing is predicated almost entirely on providing a kind of insurance — saving viable eggs now in hopes of having children later. But as insurance, it’s not a dependable measure against age-related infertility. “If you buy insurance, you’re guaranteed a benefit if you need it,” says Dr. Julie Lamb, director of fertility preservation at Pacific NW Fertility in Seattle. “Egg-freezing isn’t an insurance policy, because it doesn’t pay out all the time.” Compared with I.V.F., the science of egg-freezing is relatively new and not particularly reliable. Success rates vary wildly, and most women simply aren’t freezing enough eggs, or at a young enough age. “It’s the best thing we have to help people delay fertility, but it’s far from perfect,” Dr. Lamb says. “My biggest hope for patients is for them to not have to use their frozen eggs.”

As it happens, a large majority of thee women who freeze their eggs will never try to use them. A small but important 2017 study published in the Journal Human Reproduction found that over 90 percent of patients who froze eggs for nonmedical reasons have not attempted to thaw them. The reasons vary: Some women never find a suitable partner or go on the conceive on their own; others are postponing returning to their frozen eggs in case of a divorce or in hopes of having a second or third child down the line. In these cases, the eggs represent a contingency plan these women haven’t had to use.

In fact, this peace of mind may be the primary benefit of egg-freezing. An American Sociology Review study found that egg-freezing helps women manage anxieties — particularly around the demands of biology and time. Egg-freezing is an option that helps them disentangle the notion of finding the right partner from the notion of having children. Valerie Landis is 37, and she has frozen eggs three times. “It’s like I’m 30 again,” she says of the decision. “It’s like I was given an additional seven years to date to try to find the right person.”

FertilityIQ, a company that provides reviews fo fertility clinics, recently gathered additional data at the request of The New York Times — and found that nearly half of its 70 survey respondents said the decision to freeze eggs caused them to change their timeline and delay child-bearing. In other words, they were giving themselves more and better options moving forward. When asked if they’d still be glad they froze eggs even if those eggs never led to a baby, nearly three-quarters of the respondents said yes. “even just making the choice changed how people perceive pursuing a family,” Deborah Bialis, a founder of FertilityIQ, notes. “When people freeze their eggs, they’ree then able to partner for quality, not for speed. Tha’s a really powerful thing.”

Dr. Valerie Libby, a 34-year-old who is studying to become a fertility specialist, has also had her own eggs frozen on four separate occasions. When she went for her last retrieval, she had an epiphany — for years, she struggled to look at her romantic relationships objectively, sometimes staying with an unsatisfactory partner only for the sake of the theoretical children she knew she wanted someday. Putting eggs on ice changed all that for her. She says of one recent partner, whom she was living with and planned to marry: “He was wonderful on paper, but ultimately he wasn’t the partner I needed for the rest of my life. And, honestly, knowing I had 22 eggs on ice helped me have the strength to end the relationship.”

For many women who freeze their eggs, the decision is as much about independence now as it is about family in the future. “I’m paying for peace of mind,” Dr. Libby says. “To be able to make decisions not based on my biological clock. If there’s even a 1 percent chance I could potentially have a child if I couldn’t have one otherwise, I will take that a thousand times over.”